Should you be chasing waterfalls?

One of the biggest issues with Lean Six Sigma is the jargon. It’s off-putting to people who are new to the subject, and in many cases can undermine the positive aspects. There is a belief that jargon is only necessary to confuse or bamboozle, so if a business improvement approach is full of buzzwords it’s either not worth the effort or the improvements are not as impressive as they seem.

With Lean Six Sigma, that isn’t the case. The bucket of seemingly nonsensical words associated with it are born from the fact that elements have been drawn from different countries and, therefore, different languages. Sometimes things don’t translate well, or at all. However, the concepts should be easy to understand without relying on jargon, and one of those is the need for smooth, problem-free processes.

Maybe instead of talking about a ‘Just In Time’ process or, a ‘Future State Map’, we should talk about processes with visuals we can all understand. I think there are two extremes of processes – let’s call them the waterfall and the pinball machine. 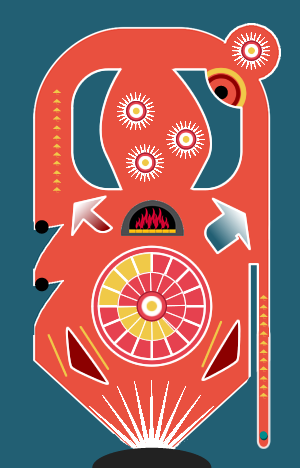 A pinball machine is (somewhat) organised chaos. There’s a start point and an end point, and a number of destinations in the middle, but the route is all over the place. The ball dashes from here to there and then doubles back on itself, it stops at the same point several times and occasionally totally skips some destinations. Finally, just when you think the ball has reached the end, it returns to the start all over again!

A waterfall or river, by contrast, follows a clear path. It has a one, or several, easily identifiable starting points, and flows in one direction until it ends. It may bend and loop, but it never goes back on itself. And, most importantly, it follows the path of least resistance. It isn’t an exactly straight line, because sometimes doing what appears to be the easiest option adds more complexity than necessary.

Most processes are somewhere in the middle, although lean more towards the pinball machine analogy. When we think about how we complete a process, it is rarely a smooth seamless flow from one task to the next until completion. We make mistakes that have to be undone, we forget to ask something at the start which means a task has to be returned to someone who thought they’d finished, we find defects or errors in products that are about to be shipped out.

It’s all in a feeling

Now think about how you feel when you’re playing on a pinball machine: It’s pretty intense, you don’t have time to think, you just react. You can’t plan, you just move. And everything is underlined with a sense of panicked urgency. Playing pinball is not a calming pass time. 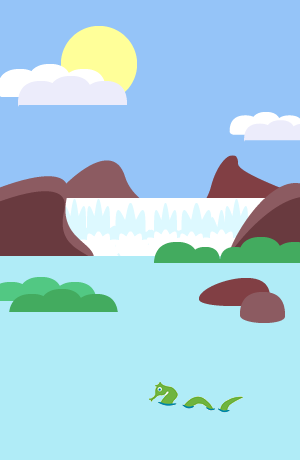 By contrast, think of a river or a waterfall. There’s a reason we’re asked to think about them when we meditate, they’re calming and ordered. The give you room to breathe and to think. Whether the river is a huge torrent or a tiny stream, there’s a logic and rhythm to it that allows us to relax.

Now, consider that you want to introduce Lean Six Sigma, or some other process improvement approach, into your organisation. The best practice approach is to give every member of staff training on the basics of process improvement so that they understand what is happening and to ensure that the change is cultural and meaningful. However, if most people have not undergone full training, they may be intimidated, or worse, feel purposefully shut out by the use of jargon words and descriptions.

We think, therefore that the pinball-waterfall analogy could help you describe the point of process improvement or the reason you are reengineering a process to people who are not formally trained. Change is not important just for the sake of change, but to generate improvement, and often communicating the reasons for change can be forgotten in the push to get things going.

Process improvement should make life easier. It should mean work is easier, and less stressful for staff. Working on a process that is more like a waterfall than a pinball machine should make people feel more in control of what is going on, less frantic, and more able to suggest changes themselves. And all of this stems from the right communication from the start. Use analogies and visuals that everyone understands, leave the jargon at the door if you want to get people on board with change. And remember, how people feel when they are at work – stressed or calm, frantic or in control – has a huge impact on morale and productivity.

So will you change the way you talk? Will you ditch the jargon and start chasing waterfalls?