We’re all busy. We’re living in an age in which, we can all collectively agree, we’ve never been busier! But the million dollar question is whether or not we’re as productive as we’ve ever been, and unfortunately that is a resounding no. Productivity between 2007 and 2012 was down in the UK, and in the US and the Euro area growth was slim.

So what can we do to make our businesses more productive? Here are the five ways we think a Lean Six Sigma approach to Business Improvement can help. 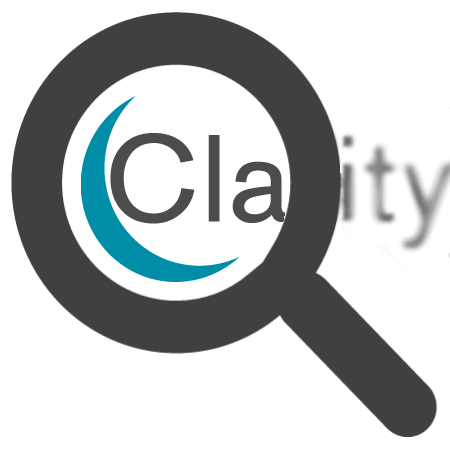 One of the best ways to improve productivity is to understand why you’re not being productive right now. Lean Six Sigma provides a complete change of mind-set – as well as loads of fantastic tools – that helps you identify what’s really causing the problem with productivity.

Rather than the typical patch-and-fix approach to problem solving, using a Lean Six Sigma approach will help you identify what caused productivity to slip initially, and if it’s the same problem or something different that is keeping it down. By getting to the root cause, you can implement a solution with confidence – rather than continuing with a disruptive pattern of trial and error.

Often poor productivity is down to a number of factors, but certainly a key issue tends to be a loss of focus on making the customer happy. As it is usually only a small percentage of any workforce dealing with the customer face-to-face, it can be easy for people further back in the process to forget that there is a customer at all.

When you’re completing the same task every day, your job quickly becomes about that task in isolation, rather than thinking about it in relation to the bigger picture. While this is natural, it means employees can easily forget the impact of mistakes they make on the end-user.

Lean Six Sigma has a clear focus on the Voice of the Customer, and ensures everyone throughout the process understands how important their role is to delivering a fantastic product or service.

As businesses grow, the systems and structures in place tend to evolve organically. Unfortunately, one side effect of this is that there is no standard way of completing a task. It is not uncommon to find that four members of staff have each developed four different ways to complete the same task – with varying levels of success and efficiency.

This is not the fault of the employees – they’re doing their best – it is a fault in the process. However, the lack of standardisation means that defects and mistakes can be chaotic, with no clear cause. Standardisation is one of the main tenets of Six Sigma. By identifying which method is the most successful and effective, and introducing it as the standard approach, you immediately eliminate a huge amount of variability and boost your productivity.

Time wasting is the antithesis of productivity. While most people are aware of when they are actively wasting time at work, this is a miniscule proportion of waste we see in businesses. Mostly, we don’t even realise we’re wasting time; we’re just doing things the way they’ve always been done.

Things like walking downstairs to collect a document from the printer. Or building an extra two weeks into your project because you know it will take ages for the legal department to find ten minutes to approve it. We don’t consider these to be time wasting, because there doesn’t appear to be any alternative.

Lean helps you identify which elements of your work are actually productive; the bits that actually add value to the customer. The rest, even the bits you have to do for legal or regulatory reasons, is waste. As much as 95% of the time spent on a process can be waste, which is staggering! But identifying it is the first step to eliminating it and increasing productivity.

It is a frightening but true statistic that fewer than two in ten employees are engaged at work. The majority (nearly two-thirds) are not engaged, which means they are a relatively passive, unmotivated workforce. Staggeringly, around a quarter are actively disengaged, meaning they are unhappy, unproductive and likely to be spreading their negativity to others.

Employee engagement (or lack of it) can therefore have a huge impact in overall productivity (take a look at our infographic exploring employee engagement). It makes sense that if only two out of ten people are motivated and committed, you’re going to see a lower output than if half of your employees were making a positive contribution.

There are many, many reasons for low engagement, but some of the most common are feeling unappreciated, unchallenged and that you don’t have a voice. Lean Six Sigma can help improve that by putting employees in control of making improvement that will directly benefit them. It also recognises employees as the internal customer, which means there is a core focus on ensuring they are happy with how a process works.

Lean Six Sigma is not a magic bullet, but it pools together a number of methods that have an astonishing effect on business productivity when combined. The structured and successful implementation of Lean Six Sigma in an organisation will see an increase in efficiency, productivity and staff engagement – all of which help improve customer satisfaction and profitability.