What is Visual Management?

Visual Management is one of those essential elements of our work and home lives, that many of us accept without question, and may not have even noticed. But once you understand what is meant by visual management – and the amount it includes – you’ll be seeing it everywhere!

Visual management is a way to visually communicate expectations, performance, standards or warnings in a way that requires little or no prior training to interpret. You may have heard the term in the context of the workplace, particularly factories, but it’s actually used in all sorts of everyday scenarios. You’ve probably used scores of visual management tools today already without giving them a second thought.

So, what is visual management?

There are six categories of visual management that allow increasing control of standards, performance and quality. It starts out at simple communication of facts and works up to using visual controls to prevent errors occurring. The categories are:

The first category of visual management is to share information. This is something you will regularly see in places of work and a common example is a simple notice board.

Examples of visual management you’d find on the notice board include graphs showing monthly performance summaries, the results of customer surveys, key team achievements and perhaps a list of suggestions from the team.

Another example, and one you may use at home too, is colour coding. The most common system is the traffic light system where red is a warning, yellow means to be aware and green means everything is ok (familiar to everyone due to, well, traffic lights). The key thing here is that everyone must understand what information is being communicated by the colours, without having to ask. Definitions must be clear. If they have to ask, it isn’t visual management it’s just decoration.

Next is sharing standards. The idea here is to communicate information, in the same way as above, but where something is done regularly and must meet a certain standard.

Imagine you were working in the fictional shop Acme Flowers and responsible for creating a window display. Head office wants the window displays in the windows of every store up and down the country to look identical, so they’d send written instructions but – and more importantly – photographs or drawings of what it should look like.

In this case, a picture really does paint a thousand words.

To build in standards

The next logical step to sharing standards, is to make it difficult to deviate from those standards. We do that in visual management by building in the standards. Examples at work could include templates that you could use for creating Microsoft Word or PowerPoint documents.

Another common example is a visual scheduling tool, also known as a Heijunka Box, which visually indicates what tasks or jobs should be completed when, by who and in what order.  The benefit being that there is no confusion as to what the priorities are, and everyone can get on with what they need to.

To warn about abnormalities 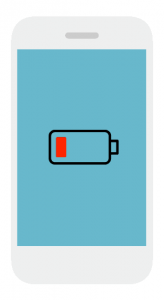 Shadow boards are one of the most famous visual management tools to warn of abnormalities. Often when people ask “what is visual management?”, it is shadow boards that come to mind. They’re a really simple, visual way to indicate where something should go to everyone, without prior communication. They also warn when something is missing, as there is a shadow where the item should be.

They were famously used in Alcatraz to mark where knives should hang in the kitchen, so it was immediately apparent to the guards if one was missing before the prisoners left the room with it.

However, they are not the only form of visual management that provides a warning. Other examples include the fuel light in your car and the low battery icon on your phone – both warn you about a problem that will occur if immediate action is not taken.

To stop abnormalities once they occur

Visual management can be used where an error, abnormality or problem has occurred in order to provide a warning and stop the issue from continuing.

They can be manual, such as when the cashier at the checkout turns on the light above her counter in order to summon help from a superior. Or they can by automated, such as a red light flashing if your train ticket has not been accepted as you attempt to exit the train station through the barrier (often accompanied by a failure of the barrier to open).

This element of visual management often goes hand in hand with other mistake proofing measures. 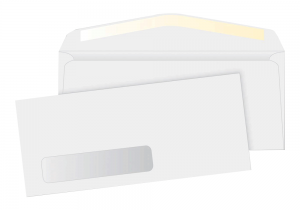 The final category of visual management can also be considered as steps for mistake proofing. And some of them are so simple you’ll be surprised you never thought of them. This step seeks to prevent a problem from occurring, rather than just providing information or a warning that a person must act on.

A fantastic example is the window envelope. Window envelopes use the name and address printed on the letter itself, preventing the wrong address being written on the outside of the envelope. It is impossible for the letter to go to the wrong recipient, because there is a clear visual indication of who the correct addressee is, and no other alternatives.

Another example is in aeroplane lavatory toilets: The light will not come on in the cubicle until the door has been locked, forcing users to lock the door and preventing other passengers from opening the door while its occupied. All by preventing a light from turning on.

Sometimes the simplest solutions are the best!

We hope this article answers the question of what is visual management for you. If you’d like to learn more about visual management and understand how you can use it at home or at work, our fantastic online course takes around two hours to complete.

Or, if we’ve really whet your appetite, you can learn all about visual management, mistake proofing and more in our Lean Bundle !