Lean Six Sigma combines the philosophy of lean manufacturing with Six Sigma, and is designed to eliminate waste from the manufacturing process. Weightmans’ IS and Operations Director Stuart Whittle is applying Lean Six Sigma methodologies to re-engineer the firm’s legal and business processes.

Reproduced, with permission, from Legal IT Today magazine. 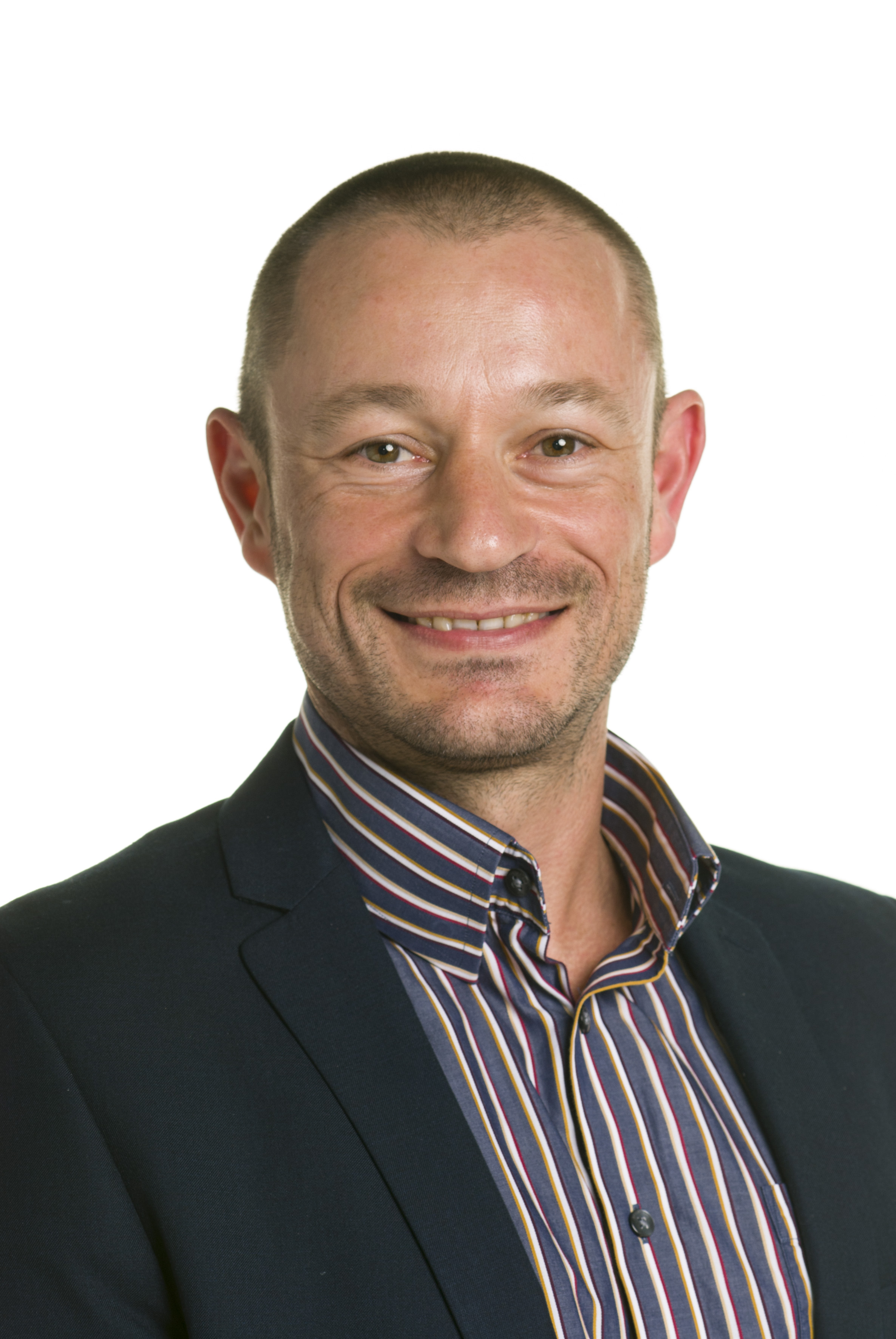 My interest in process improvement began ten years ago, when I first became involved in rolling out case management and workflow software for lawyers. My initial aim was to get people working on it and then to look at improving it.

When I became head of IT, the firm was experiencing problems with onboarding new starters and the perception was that all the difficulties were down to IT. So having taken on an ‘operational excellence’ consultant who specialised in applying process mapping to operational issues, I called a meeting of everyone involved in the new starter process. The problem became obvious when about 20 people attended the meeting. There were clearly too many people involved! The next step was to map the process, which identified that it was too complex. Until then nobody had thought to look at the process from end to end. Everyone involved focused on their role; they didn’t see the impact of what they did on everyone else involved and on the need to work together to fix the problem.

In 2010 I took on responsibility for the operational functions within Weightmans as well as IT and the process mapping initiative lost its impetus as I got to grips with my new role. It became clear that each process mapping project needed someone to drive it by identifying the issue and to get people involved in addressing it.

I renewed my interest in process re-engineering when a particular part of our business was struggling and again, the initial difficulties were blamed on IT. This time there were some genuine IT issues, but most of the frustrations were around processes that were relatively simple to fix. You can take the man out of the law, but you can’t take the law out of the man, and I was looking for a more structured approach to apply to diverse problems than we had previously adopted. So I investigated Lean Six Sigma. However, I wanted to make sure it was a good fit for Weightmans as some people in legal IT had said that because it originated in manufacturing, it wouldn’t work in professional services. So I completed a one-week Green Belt course followed by delivering a Green Belt project which made it clear that Lean Six Sigma had enormous potential to transform the firm.

One of the main attractions of Lean Six Sigma was that if you do it well, it becomes part of the firm’s philosophy: ‘the way we do things around here’. The challenge, however, is that it also represents a huge cultural change, particularly for a law firm. Lean Six Sigma is a bag of tools and techniques and you need to choose the appropriate solution for whatever business activity you’re engaged in.

Lean Six Sigma’s methodology is defined by its manufacturing roots and there are many concepts that at first glance do not necessarily apply to professional services firms. For example, ‘design of experiments’ determines the relationship between multiple variables in a process in order to work out what is having the most effect on the process and its outcomes. Put simply, it is about cause and effect. When I did the introductory training I couldn’t see its relevance to Weightmans, but I am now applying it to one of our processes.

‘Takt time’ is described as the rhythm of the factory and it is about throughput. In industrial terms, it is about determining exactly what each machine need to do to ensure the necessary throughput to deliver what the customer wants.  From Weightmans’ perspective, if we view a matter as a production line of things that have to happen in a certain order and a certain way, we can then identify our rhythm: our way of picking up work types and the optimum number of people needed to make sure that matters are concluded as quickly as possible.

In addition to looking for more for less, clients are looking for value, and each client identifies value differently. But whatever value is from the point of the client, no client is going to ask us to take longer and charge more. Lean and Six Sigma start by defining value from the point of view of the customer. This ties in nicely with our managing partner John Schorah’s vision for the firm to be truly authentic about putting the client first. Everyone says that they are client focused, but do they mean it? We need to start by defining the client’s concept of value and of course value means different things to different clients.

How do we determine our clients’ perspective on value? Lean Six Sigma offers a selection of interesting tools and techniques that translate generic statements into deliverables. The ‘voice of the customer’ is one such technique.

Lean terminology would define a lot of law firm processes as ‘waste’, in that they are not adding value from the client’s perspective.

For example, our clients really don’t ascribe any value to how we open a file. Therefore all we have to do is make the process as easy and efficient as possible, but there are also considerations like compliance (necessary non-value activities), so ‘all we have to do’ turns out to be more complicated than initially anticipated.

All our process re-engineering projects are aiming to produce what is referred to in manufacturing as a standard operating procedure. For example, we have introduced a universal, firm-wide process for opening a matter. The standard operating procedure has huge benefits.  It is both a reference manual and a training manual. We would not expect anyone to read it from start to finish, but they can dip into it when they need some guidance.

Standard operating procedures are also about identifying and explaining the rationale of each process, so they are the starting point for creating wizards and workflows. For example, the purpose file opening process is to get the file to the fee earner as quickly as possible with all relevant and accurate information in the case management system so that the fee earner can immediately start working on it without getting bogged down by processes and procedures – or even IT.

Changing the way we do things around here

Weightmans is growing and Lean Six Sigma is helping us become more flexible and react quickly to market developments. A lot of that is about understanding processes. To paraphrase Steve Deming (of the Deming cycle fame) if you can’t write down your process you don’t know what you’re doing. In law firms ‘process’ as a term is commonly associated with work like debt recovery, but in reality it is simply a way of describing how you work.

The Lean Six Sigma Green Belt involved a course, an exam and a project that delivered business benefit. My project was to look at Weightmans’ file opening process. Our previous file opening process had 15 or 20 steps and was taking too long in terms of time and effort. Having mapped the process and identified the logjams, we changed very little in our case management system but reduced the number of steps to three. We made one minor change to the case management system and overall halved the time it took to get the file to the fee earner and reduced by about 20% the amount of work involved in opening a file. Weightmans opens over 50,000 files a year.  So there is a huge multiplying effect that enables small changes to have a significant impact to the firm and to the quality of the service we deliver to clients. Lean Six Sigma is not about making huge step changes; rather it’s about making lots of little changes and because of the numbers involved, small changes quickly make a big difference. It is a win-win situation: if we deal with matters faster, our clients are happier and we earn more money.

In May 2013, Weightmans established a new business line to deal with fast-track personal injury claims. This represented an opportunity to introduce Lean Six Sigma to a wider audience. I trained 15 people – the partners responsible for setting up the business line and a multidisciplinary group from the operational support functions. This group has been working on projects aimed at making the new business line more efficient and effective by establishing consistent processes and practices. Process improvement also boosts confidence, as people immediately know how to approach each task.

Standard processes produce an agile workforce, making it easier to move people between teams to help us manage peaks and troughs in work. Creating standard processes for routine functions helps us to shift people around in response to demand as they don’t have to work out how another department team opens a file, for example.

The next step is to look at our legal practices and create processes to deliver advice more efficiently. If Lean Six Sigma became ‘the way we do business around here’, we could still encounter issues caused by external stakeholders and suppliers. Where that is the case, we may look to take a similar approach to Toyota and work with our supplier and partner organisations to improve the overall process.

We undertake a lot of repeat, high-volume work such as processing claims for insurance companies who want cases concluded quickly and cost-effectively. Can we do anything to work with our regular clients to make the overall processes more seamless and quicker and easier for everyone involved?

Our current business process re-engineering projects will underpin the implementation of 3E and Mattersphere. It is the re-engineering of the processes that will give us the return on our investment rather than the systems themselves.

The Lean Six Sigma training has recently been extended to 45 people. The majority work in operational support although there are some partners and fee earners. I have also led a number of four-hour sessions with case handlers, introducing them to Lean Six Sigma concepts and the language so they can help support the trained Green Belts.

One of the biggest challenges to date has been maintaining momentum of the Lean Six Sigma projects – where our Green Belts have day jobs too, the day job can tend to take precedence.  We have addressed this by putting a number of people full time on the various projects, including two partners. Another challenge for us is data collection. Process mapping generally involves identifying how long it takes to complete each task and the waiting time between one task and the next, but our current systems don’t automatically collect that information. So there is usually a four-to-six week window where we have to collect sufficient data about the process. Although this can slow down our projects, it is necessary to collect the data to define and measure the process and determine where the problems and log jams are – for example the unnecessary movement of paper and people – and find ways to address them and most importantly to measure and quantify the improvements we are making. You can’t easily speed up process reengineering, but you can use it to speed up everything else.

Stuart Whittle is IS and Operations Director at Weightmans LLP. He is based in Liverpool in the UK.

Reproduced, with permission, from Legal IT Today magazine.