From gothic novels to Hollywood horror hits, we have long been fascinated by the frightening world of the unknown. In each story, whether it tells of a pesky poltergeist or a man-eating monster, we are left shaken by the unexplainable. It is only when we know that the problem has been resolved – that the ghost has been exorcised or that the monster destroyed – that we can finally rest in peace. And the few stories that don’t offer us a resolution are the ones that continue to haunt us.

In true storytelling tradition, the problems in these horror stories cannot be solved too quickly or efficiently; there needs to be time to build suspense and for frightful events to occur, and it is for this reason you will never see a Lean Six Sigma Belt as the hero of a horror film. But while horror stories are hardly shining examples of how to solve a problem quickly, exploring them certainly reveals a lot about the do’s and don’ts of problem-solving. 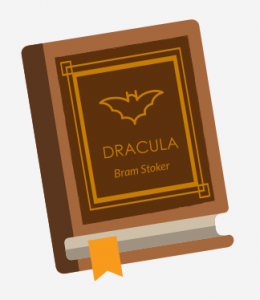 For this year’s 100% Effective Halloween blog, I went on a hunt to find the problem-solving lessons hiding in the pages of the classic vampire story, Dracula*. Among the backdrop of Transylvanian castles and the stormy shorelines, I found three key messages about problem-solving:

*SPOILER ALERT. If you are one of the unfortunate few who have not read Bram Stoker’s Dracula or watched any of the adaptations, please beware that the following content contains a considerable number of spoilers.

1. Find and eliminate the root cause before it’s too late…

Brought to Whitby to save damsel in distress, Lucy Westenra, who is suspiciously wasting away, Professor Abraham Van Helsing recognises Lucy as a victim of vampire activity. In an attempt to save Lucy’s life, Van Helsing implements some early quick fixes including a series of blood transfusions. He also puts in place cautionary measures to protect her from future attacks, such as decorating her room with copious quantities of garlic flowers.

Despite these efforts, Lucy not only dies but transforms into another vampire contributing to even further frightening problems for the seaside town. It is only when Dracula is eventually destroyed by a knife stab to the neck* that the supernatural attacks finally stop and the problem is solved.

*Not a stake to the heart, as is commonly depicted in images of Dracula!

When faced with a problem, it can be tempting to turn to the first and easiest to implement solution you can think of. As Henry Ford said, “Most people spend more time and energy going around problems than trying to solve them.” Of course, this truth makes for great suspense and many spooky moments, but it is poor problem-solving practice. 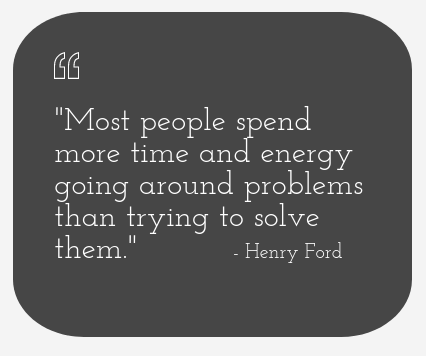 The ‘firefighting’ approach to problem-solving will only bring temporary peace and can often serve to fuel the fire. Instead, all problem-solving time and effort must be invested in finding and eliminating the root cause of the problem, with quick fixes used only as a temporary measure.

In the early stages of the novel, Van Helsing refuses to disclose his suspicions that the cause of the strange goings-on is supernatural. Consequently, many of his attempts to solve the issues caused by Dracula were unintentionally undermined by those around him. For example, when he fills Lucy’s room with garlic in order to ward off Dracula, Lucy’s unsuspecting mother not only removes the garlic but also opens up the window!

It is only when Van Helsing finally reveals his suspicions of a supernatural presence, that the real problem-solving can truly begin and a glimmer of hope can be seen. 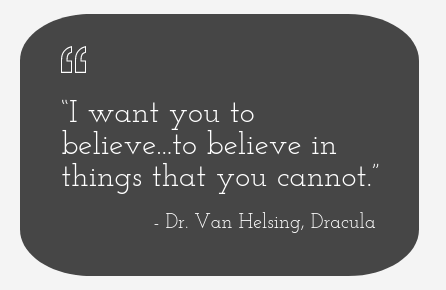 Communicating and generating buy-in for your problem-solving project can prove difficult, especially when it requires those around you to drastically change their behaviour or beliefs. However, as Van Helsing experienced, problems cannot be solved alone; in order to remove roadblocks and gain the resources to truly tackle problems, you must invest time in communicating the problem and convincing others of the need for change.

3. Success relies on a strong and supportive team…

From Van Helsing and Dr. Seward’s analysis of mental asylum patient and Dracula’s pet, Renfield, to Mina’s collection and analysis of the team’s diary accounts, newspapers and letters, each member of the vampire-hunting team plays an invaluable role in finding a way to destroy Dracula. During this time, many of the team members are unsurprisingly left questioning their own sanity, with John Seward confessing that “I sometimes think we must be all mad and that we shall wake to sanity in strait-waistcoats.” It is in these moments that the team’s solidarity and shared experience plays a vital role in keeping the problem-solving process on track. Their individual efforts all culminate in evening meetings during which they report back their findings to create a clear and informed plan of action.

Behind every great problem-solving success story is a strong team of individuals that not only has a shared goal but are ready and willing to support one another. When times get tough in any problem-solving process team members can often be left questioning their belief in the project and sometimes even their sanity! It is in these moments that the support and solidarity of their team members is vital to keep focus and motivation levels high.

Try it for yourself…

If you’re planning to spend Halloween night watching a spooky film or reading a classic ghost story, then why not try finding what problem-solving tips and tricks they reveal?

Perhaps you’ll be inspired by Chief Brody’s relentless hunt for the colossal shark in Jaws or gain a new appreciation for the importance of risk analysis when watching The Blair Witch Project. It might even be that the most frightening thing you’ll experience all night is the Freeling family’s lack of problem-solving skills in the 70s cult-classic, Poltergeist.

Struggling to solve the scary happenings in your workplace? Lean Six Sigma training will give you the problem-solving skills to exorcise the problems plaguing your processes for good, saving you time, money and all those sleepless nights. Click the button below to take our FREE introductory Lean Six Sigma course today or get in touch to talk about our range of problem-solving courses.