The Christmas gift of process improvement

We are always pleased when people engage with our articles and love to hear our insights have been of help but we must admit, we were particularly excited by the most recent reader to get in touch…

Following last week’s insight from Master Black Belt, Mike Titchen, Am I Normal? Am I Stable? Am I Capable? we were contacted by Father Christmas’ top team at the North Pole.  With their Christmas preparation process already in full swing, the big man himself requested we helped the team take a look at their all-important Christmas delivery process.

With a significant increase in customers since he first began delivering presents over a thousand years ago, Father Christmas recognised that the process was well overdue a check-up and wanted to ensure it was as efficient and as effective as possible. So, using data collected from previous Christmas Eve’s, we sat down with Father Christmas and the team to check whether the process was Normal, Stable and Capable.

The process check got off to a great start; when plotting previous years’ delivery times, the data formed a perfect bell shape (would you expect anything else from such a festive process?). This bell shape indicates a normal distribution for the process and so tells us that although the magical delivery process is extraordinary in almost every way, it is certainly Normal in Lean Six Sigma terms. 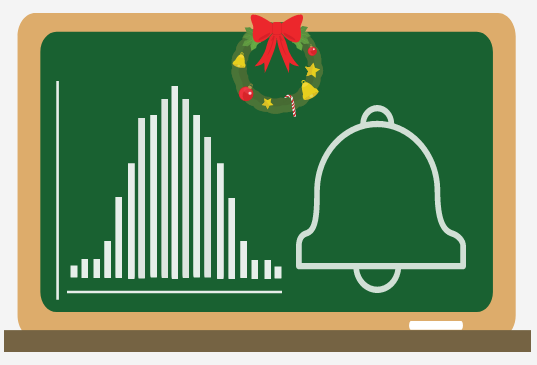 Father Christmas explained that having performed the present delivery process for over one thousand years, there has of course been variation: 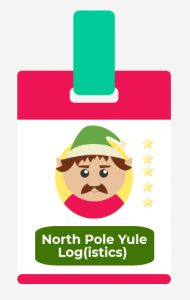 “In the past, the delivery process has certainly encountered some special cause variation. I still remember the Christmas eve after the building of the first skyscrapers – now that really was a nightmare before Christmas!”

We were pleased to learn that such surprises in the past resulted in the introduction of a dedicated logistics department, the North Pole Yule Log(istics) team. Tasked with monitoring any building works over 100 feet across the globe and ensuring that the delivery process takes the most efficient route each year, Father Christmas has since enjoyed a satisfyingly stable process, year-after-year.

The only concern we found with the process was identified when considering its capability. It seemed that while the process was normal and stable, it was in danger of falling outside the upper limits of customer requirements which would of ultimately mean late deliveries.

When we raised the issue, the team admitted that last year there were a few close calls that saw them stuffing stockings just before the children were about to wake.

After some investigation using a range of Lean Six Sigma tools, it became clear that the root cause of the capability issue is the exponential year-on-year increase in the number of gifts going through the process. This increase has resulted in a bottleneck in the first few steps of the process, as the loading elves increasingly struggle to prepare Father Christmas’ sleigh within the traditional time frame.

The gift of process improvement

Would you like a Christmas gift from 100% Effective, too? Click the button below to receive a new gift every day, between the 11th and the 22nd of December, 2017.