Preparing for the Fourth Industrial Revolution

The Fourth Industrial Revolution is here and its presence is unavoidable. The fitness tracker on your wrist sending your heart rate to your smartphone, the same smartphone that you just used to pay for your lunch at the self-service checkout. The robot picking and packing the book you just ordered online and the automated email you received with the delivery details and complimentary ebook you can enjoy in the meantime – these are all a small part of the all-encompassing Fourth Industrial Revolution, also known as Industry 4.0.

While such technology may sound as though it belongs to the digital world of the Third Industrial Revolution – and there are some that argue this case – more and more people are recognising this as a new Industrial Revolution in its own right. A revolution in which digital, physical and biological systems are being brought together every day, and changing the way we live and work on an unprecedented scale.

“The speed of current breakthroughs has no historical precedent. When compared with previous industrial revolutions, the Fourth is evolving at an exponential rather than a linear pace. Moreover, it is disrupting almost every industry in every country.” Professor Klaus Schwab, author of The Fourth Industrial Revolution.

But whether you assign these changes to The Fourth Industrial Revolution or prefer to think of it as simply the next stage of the digital age, there is no denying that the rapid changes and innovations are happening. What’s more, it’s clear to see that there’s no going back now.

What’s on its way?

The First Industrial Revolution brought us change through mechanical innovations such as the mighty steam engine, the second brought change through electrification and mass production, and the third gave us computers and the internet. So what exciting technology or invention will be at the forefront of the fourth industrial revolution?

Well, this is where The Fourth Industrial Revolution really differs from the rest. Unlike its predecessors that brought changes to how we physically work and live, this revolution will change how we fundamentally think. Or, as Professor Schwab describes it, the revolution will not change what we are doing, but will change us.

One of the most discussed ways in which The Fourth Industrial Revolution will change us, as both employers and employees, is the way we view skills and knowledge in the workplace. The rapid innovations of the revolution mean that lifelong, specialised skills once seen as invaluable, will become inferior to the ability to pick up new, generalised skills on a regular basis. In fact, it is suggested that innovation is, and will be, happening on such a scale that by the time a student graduates from a four-year technical degree, nearly 50% of knowledge acquired in the first year will be outdated.

In their report The Future of Jobs, The World Economic Forum aimed to give us all a clearer idea of what to expect. They provided extensive research to give an informed indication of which jobs and industries are likely to rise or fall in demand and predictions of the skills that are likely to be sought after. However, as detailed and researched as their predictions for tomorrow’s professional landscape are, it only provides one real certainty; that we will all need to become highly adaptable.

Preparing your people for the Fourth Industrial Revolution

The report assures us that while what awaits us in The Fourth Industrial Revolution may be daunting, rapid adjustment to the new reality and its opportunities is possible, provided there is a concerted effort by all stakeholders. And these efforts must start today. As Editor in Chief of Scientific American magazine, Mariette DiChristina has said, when discussing the Fourth Industrial Revolution: “Even though we have everyday problems to solve, we have to find a way to lay the foundations for the innovations of tomorrow.”

One way organisations are already laying such foundations is by implementing eLearning across the company. Once simply seen as a replacement for classroom courses, eLearning is now being recognised as more than just a training tool. It is the most rapid, cost-effective and adaptable way we have to teach new skills and procedures, share messages and monitoring knowledge retention across whole orga 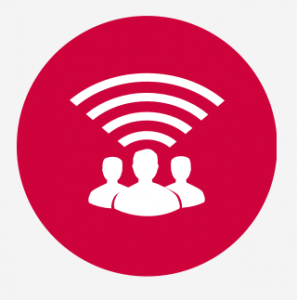 nisations. From introducing a new process or system to automatically assessing and addressing employee product knowledge, eLearning allows us to do this far quicker and in a more standardised way than any other method.

Unlike previous industrial revolutions in which it took decades to build training systems and react to change, taking time to adjust to new systems will not be an option. By introducing eLearning systems today, that make acquiring and updating skills and knowledge quick and easy, you will have a workforce that is ready to keep up with the fast-paced landscape of tomorrow.